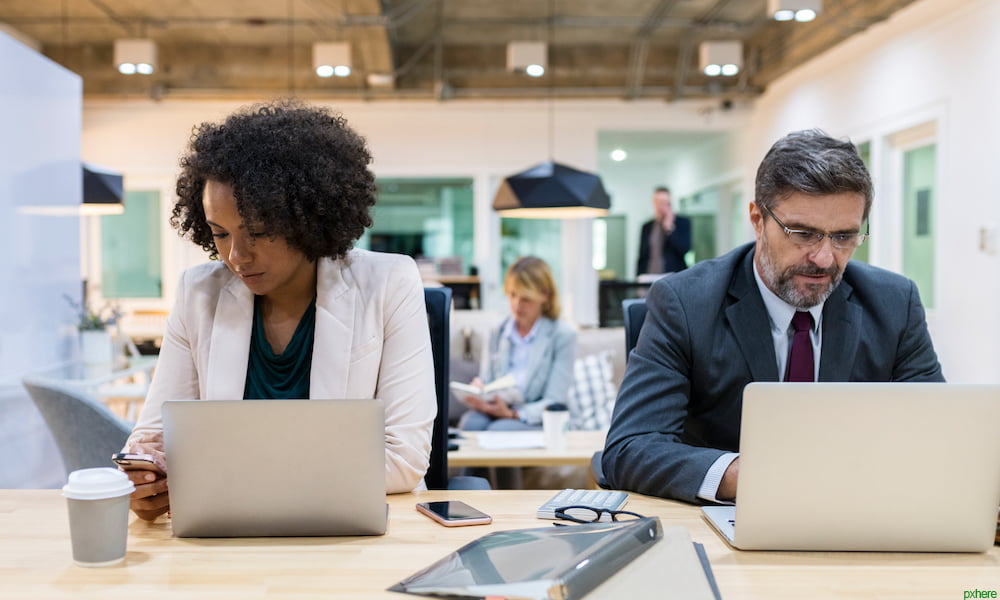 Equality in society is something which is always improving. Rights have steadily been becoming increasingly universal as time has gone by, with more and more people being afforded the same level of living standards. Of course, though, there are still some areas which are severely lacking.

The gender pay gap has been highlighted in media very frequently over the last few years, and what we really want to know – is the wage gap between men and women shrinking?

The gender wage or pay gap is the average difference in pay between men and women. There are a couple of primary reasons for the gap.

Why the pay gap?

Women have chosen to work less hours, they may choose to work part-time so they can work around the school drop off and pick up times. They also take maternity leave and may extend it longer than the standard number of weeks of ‘paid maternity leave’.

There is also another reason, and it’s not voluntary, discrimination in the workplace and the value of a female worker versus a male worker doing the same job. The good news is the gap is shrinking and while it exists from the shop floor to the boardroom, women are fighting back.

Some industries are more male centric and they have been harder to win around with equal pay for equal work. The good news is there is upwards movement for women in all roles in and saying this, what about the most critical positions out there? How many female entrepreneurs make it to executive levels, and which industries are best for this half of the population?

In 2018, Fortune 500’s companies list only featured 23 female chief executives. Dropping 25% from the previous year, it seems as though the number of women in high levels of business is dropping, though this may not be the case. Sheryl Sandberg is an excellent example of a COO at one of the world’s largest companies; Facebook. Having been at the company for more than ten years, she is living evidence that it is possible for women to achieve positions which men have traditionally held.

To get a good idea of where women seem to do best in this field, it’s best to take a test sample. In this case, we’re going to be looking at an organization which works towards equality in a range of fields, one of which is business.

Where Are The Women Executives?

You can find Involve’s top 100 Female Executives at list link. While this list doesn’t cover all of the women in business, it offers a good range of different people.

We’ve taken each of the women on the list and put them into one of eight categories; technology, finance, retail, infrastructure, politics/activism, business, health, and manufacturing. You can find the results below. 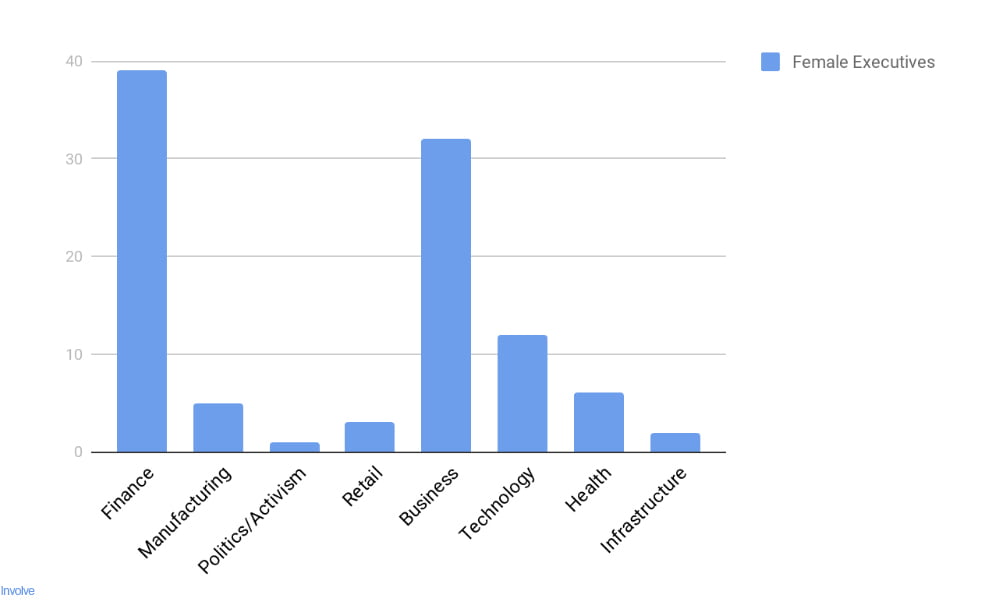 As you can see, finance and business are the clear leaders when it comes to fields with female executives. Technology doesn’t happen too close behind, though, and it’s good to see that so many types of business make a showing. It makes sense that finance is so prevalent here.

Financial companies make up a vast amount of the world’s trade, and you don’t tend to get a small one, making them all need their executives. Some of the companies on the list are massive, while others were started by the lady in question. M62 Vincis’ Nicci Take is an excellent example of this and is someone who pushes for equality in business.

Which Field Is Best For Women?

It’s hard to say which field is best for women, especially when you break it down like this. If you look at success as working for a large company, someone like Michele Evans could be a good source of inspiration, as she heads the $21 billion giant known as Lockheed Martin. This company makes all sorts of machines, with a heavy focus on those with military applications. This isn’t the sort of work a lot of people would associate with a woman, as war is a heavily male-dominated industry, but this shows that the world is getting better at recognizing merit over gender.

Getting started in business